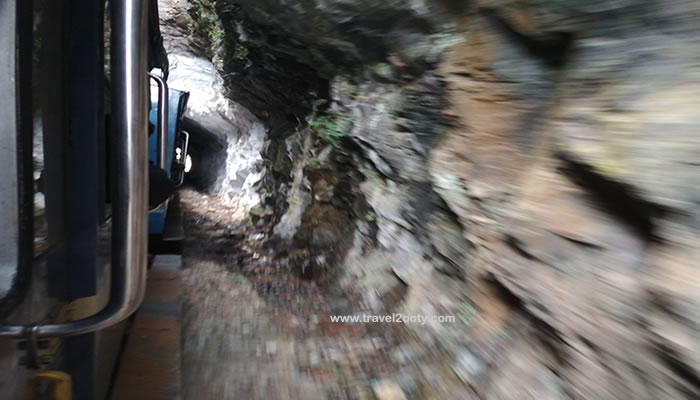 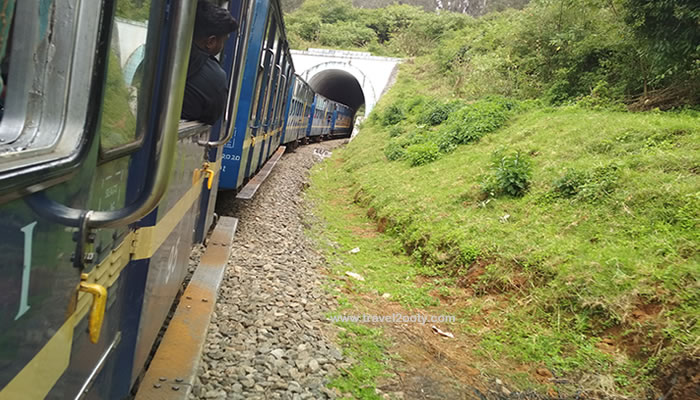 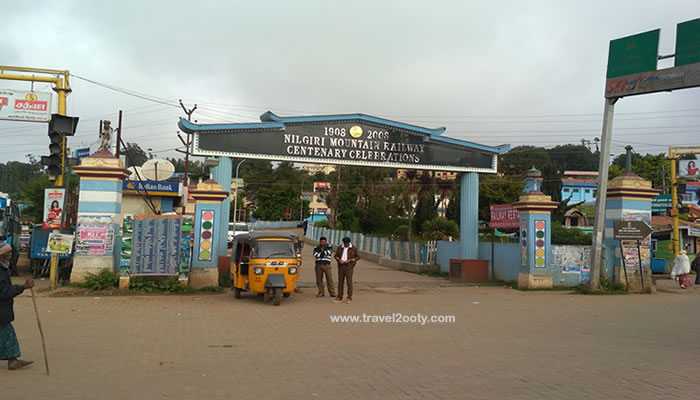 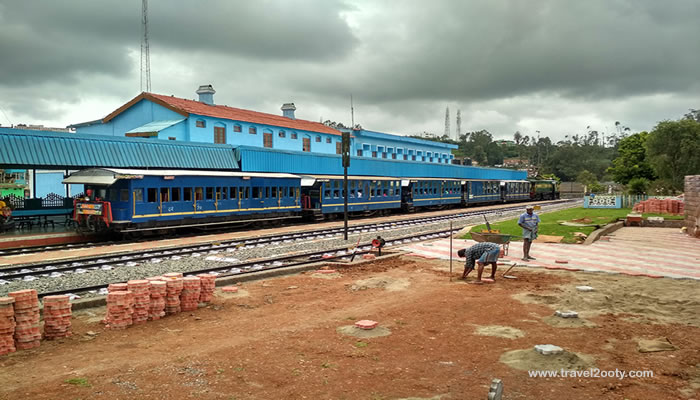 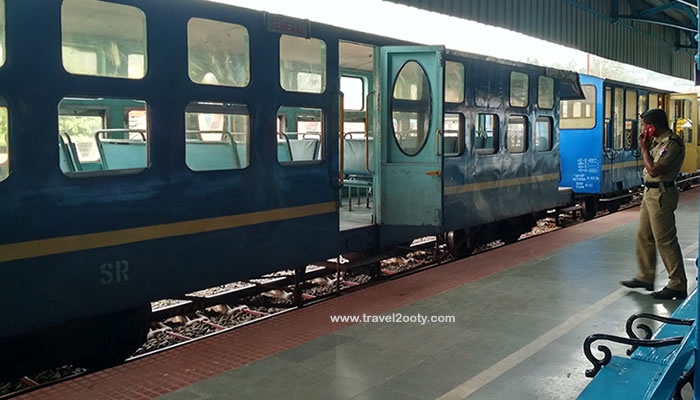 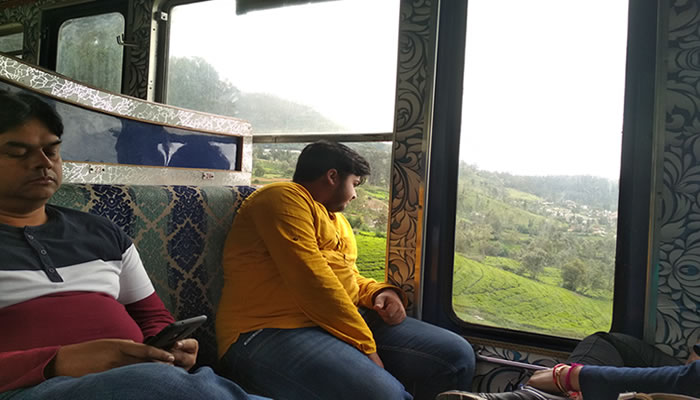 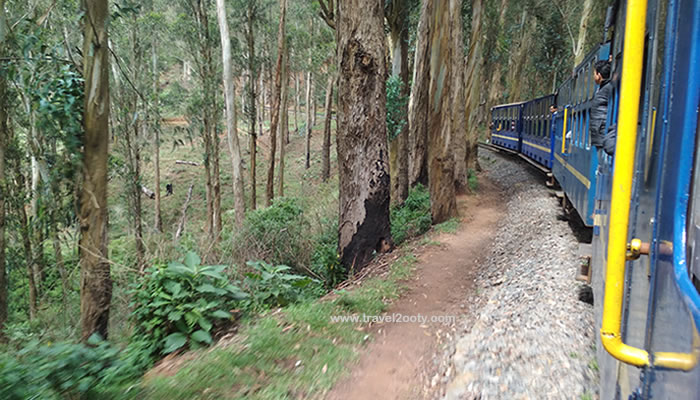 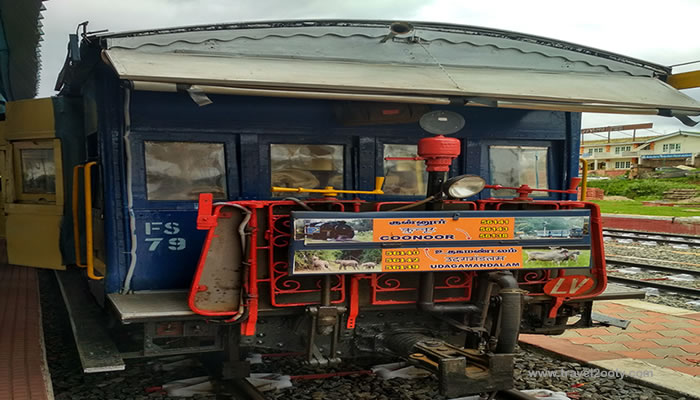 How To Book Ooty Train 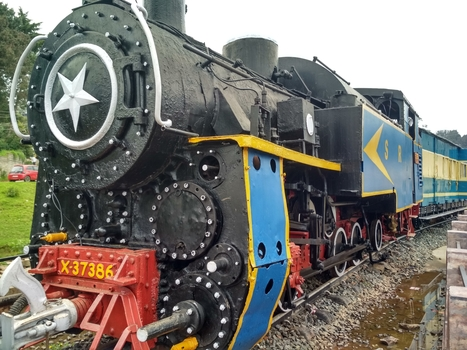 Book it prior at least 2 months before

You can now book Ooty Train Tickets in WhatsApp and Email , just send your exact travelers name,age and gender with trip date, we will block the tickets for you with booking service charges. Only on availability

Special Trains Available on every Saturday from Mettuplayam to Ooty, starts at 9:10 am in Mettuplayam and reach Ooty at 2:25 , 5 Hrs 15 Min Journey Time

Things to Carry on Train Travel : Make sure you have your tickets printed if you have booked it online, at least the SMS of ticket confirmation on your mobile, Need at least any one government id proof  to be shown on request by the ticket collector

Train Route from Ooty to Mettupalayam

I want to know whether I can travel in the Toy train from mettupalayam to ooty with a wait list ticket bought through railway reservation counter.

I need to book the toy train pls help me

I want to book the toy train for 10 members

The ooty train journey is really a nice experience of the life and you will get mesmerizing view of mountains.Please make sure you book the tickets in advance, else there will be a long queue at the station and you might get disappointed without a ticket

If you are visiting Ooty, then toy train is a must experience things to do in Ooty. If you are an avid nature lover then this ride amid woods, beautiful mountains, valleys, greenery etc., is a must.You have to get OR book the tickets in advance. 9.15 am and 12.30 pm there is a train from Ooty to Coonoor.4.30 pm there is a train from Coonoor to Ooty BOOKED MY TICKETS 13 nOV 2018. 3 PERSON

Booked ticket via IRCTC for ooty to coonoor, my journey is next week but having waiting list no. 7 and 8, what are the chances that it will get confirmed by 9th march? bdw my coonoor to ooty ticket is confirmed.. any guidance for me?

Good View and an amazing experience. I traveled by first class. Prior booking is needed during season time. If you are going from Coonoor to Ooty then the left side offers you better views than the right side and from Ooty to Coonoor then Right Side offers excellent views. The journey is around 1.5 hours and quite cheap. The train journey is a must experience in Ooty. Plan ahead and book via IRCTC. Some windows don't have locks so be careful of the windows falling on you.

The toy train journey is definitely an enjoyable experience with stunning views.The train is always fully packed with people travel with a lot of luggage. Booking needs to be done at least 2 months in advance. Better to avoid Mettupalayam to Coonoor sector as it has only one service a day.One can prefer train journey either Ooty to Coonoor or Coonoor to Ooty.

It was a pleasant experience to board toy train from Coonoor and go to Ooty. We were standing in a queue and was waiting to get the 1st class ticket. But since it's a limited number hence we get the ticket for normal seating. The main difference between 1st and 2nd class is 1st class has full seats where 8-10 person accommodate whereas in normal class it was a 2 seated chairs. We boarded the train and enjoyed our journey travelling through overlooking the scenic tea gardens, mountains and waterfalls. Its a must to do whenever you visit Coonoor or Ooty.

Nilgiri Mountain Train is one of the beautiful rides to experience in Ooty.You will definitely enjoy the Toy Train Ride and which gives a memorable experience.You can book the tickets through IRCTC Website.We did that 3 months earlier to the trip and there remained only last 2 tickets left.The tickets must be reserved beforehand else you would waste time standing in long queue. The view is excellent. However, since we had not got the window seat on the side of view.We were clearly able to see the view of the other side and enjoy it. Also we preferred going from Ooty to Connor which was approximately an hour and a half ride. I think the second class coach is good enough as even in first class the seats are not very comfortable.The experience is awesome as it is a heritage train and I think everyone should try to enjoy this ride.

Toy Train Journey is the better scenic route to travel from Ooty to Coonoor. It is recommended to book the ticket in advance during season time otherwise you have to stand in a long queue to buy a general ticket.

Toy Train Journey is the better scenic route to travel from Ooty to Coonoor. It is recommended to book the ticket in advance during season time otherwise you have to stand in a long queue to buy a general ticket.

We started our train trip at morning between Ooty and Connor Morning train is best to experience the nature. It usually gets dark early in monsoon and winters it was the nice background to enjoy the nature with good frames of nature.

Toy train journey through beautiful tunnels, bridges and curves is really a great experience.Try to get a seat at window side to view the nice sceneries and to enjoy the views of largest Ketti valley.But getting the ticket during season time is really a big task.Book the toy train one and half month before your toy train trip date to avoid the last minute disappointments.

Dont miss this oppertunity if you visit ooty see the nature of god one has to see in lifetime to pray almighty god.

how to book ooty mountain train from Mettupalayam, please help

If I have confirm booking of second sitting, will I still face any issue to get my own reserved seat?

We have booked Ooty to Coonoor Toy Train. It is a must experience ride in Ooty. Our kids enjoy a lot. Nice scenery and dark tunnels are the highlights o the trip. Don’t miss to go for a Toy Train Ride if you were in Ooty.

I traveled with my family from Mettupalayam to Ooty by toy train.Kids enjoyed a lot while the train goes up slow on the mountains.You can enjoy beautiful scenes throughout the journey and it gives an awesome experience.

The toy train is the only heritage train in Southern India. One of the most loved attraction in Ooty.There is no restroom facility in the compartments. Train traverse through the woods, trees, tunnels , small waterfalls which give a breathtaking view.

The toy train is one of the must things to experience in Ooty. The trains go through tea gardens, valleys and hills and the views are breathtaking. It will be one of the unique journeys. Book the ticket online to avoid the long queues. For morning and evening train from Ooty to Coonoor and vice versa you can book the online ticket one month prior if it is non-season if it is the season you have to book the tickets three months prior.

Toy Train trip gives a lovely experience and must do things in Ooty. The views are excellent and tunnels are great.Children will enjoy a lot.It is the best journey for the people of all the ages.From Ooty to Coonoor there are many stations like Lovedale,Ketti, and Aruvankadu. Advance booking is needed in season time.You can book online otherwise it is advisable to go early and get the ticket at Railway Station.One person can get 4 Tickets.

The Ooty visit will be incomplete without experiencing the toy train trip. Traverse through a steep mountain, bridges, waterfalls, tunnels will be such a relaxing trip.Particularly you will enjoy each moment of the slow speed train.You can directly go the railway station and get the tickets (First come first serve) or you can book it on online.

Toy train Journey from Ooty to Coonoor is an amazing and one should not miss this trip in Ooty. The ticket counter always filled by the passengers.It is advisable to go earlier to get tickets.Online reservation is better in season time.There are first class and second class to avail.The trip will give memorable experience with lush green surroundings, so don't miss this toy train trip in Ooty. Tunnels are the main attraction, for nature lovers and photographic lovers it is the best to place.

If you are visiting Ooty, then toy train is a must experience things to do in Ooty. If you are an avid nature lover then this ride amid woods, beautiful mountains, valleys, greenery etc., is a must.You have to get OR book the tickets in advance. 9.15 am and 12.30 pm there is a train from Ooty to Coonoor.4.30 pm there is a train from Coonoor to Ooty.

Ooty Toy Train trip is a must experience thing in Ooty. You can enjoy the misty mountains, dark tunnels, tea gardens throughout the trip.But advance booking is a must at season time.For Kids it is the best trip, they will definitely enjoy it.

We are happy to assist you.

Looking for best activity in ooty during your trip?